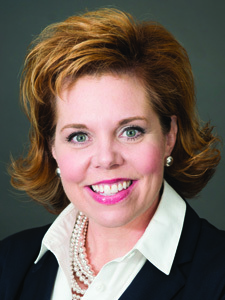 “Ohio’s health plans are innovators in improving the health of Ohioans,” O’Reilly said. “I am
excited for the opportunity to join the great team at OAHP and to work with our members to
advocate for increased access to quality, affordable healthcare. I look forward to leading
OAHP’s efforts to highlight the many contributions of our health plans to the people and the
communities they serve."

O’Reilly’s work in Ohio public policy began more than 25 years ago when she served as an
Ohio Senate page while earning her degree in political science from The Ohio State University.
A graduate of Capital University School of Law, O’Reilly has also worked as a state and federal
court judicial clerk, an associate at Vorys, Sater, Seymour & Pease, and as the director of
legislative affairs for the Ohio Home Builders Association.

“I could not be more excited to have Kelly leading us into the new decade,” said Lori Johnston,
chair of the OAHP Board of Trustees. “I am confident that Kelly will infuse renewed energy and
purpose into OAHP’s mission of advocating for access to affordable and quality healthcare while
serving as a watchdog over rising healthcare costs.”

About OAHP
The Ohio Association of Health Plans (OAHP) represents 15 member plans providing health
insurance coverage to more than 9 million Ohioans. Ohio’s health plans include commercial
insurers, Medicaid Care Coordination Plans and Medicare Advantage Plans. As the statewide
trade association for the health insurance industry, our core mission is to promote and advocate
for quality health care and access to a variety of affordable health benefits for all Ohioans.